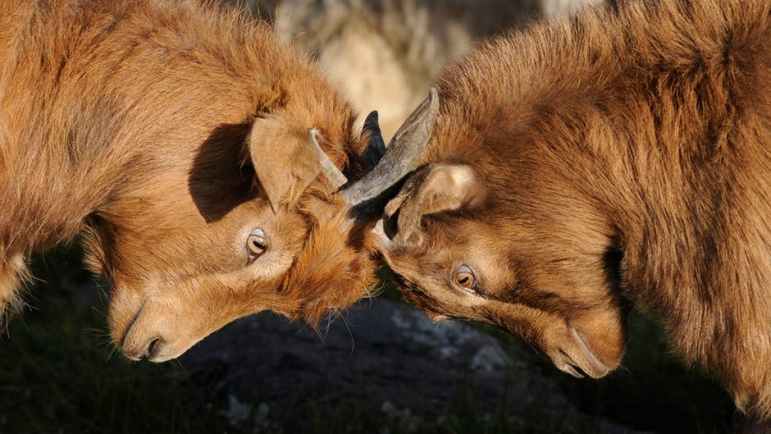 In this week’s parsha, Yaakov famously wrestles with Esav’s angel, gaining an injury and the name Israel.  In the Torah, every nation has its own angel watching over it and we’ve already learned that Esav is destined to be a mighty nation in his own right.  The struggle is dramatic and costs Yaakov, injuring his hip from which Jews derive the commandment not to eat the sciatic nerve of animals.

I sometimes wonder what nation I was born to and if I wrestle with the angel of that nation.

Unfortunately, the Torah doesn’t tell us which of the people that it speaks of wandered through Europe later.  It doesn’t say if Esav’s distant descendants later decided to move to England, Ireland, and Alsace, where my ancestors sprang from.  There are some commentaries that seek to explain which modern day people are at least spiritual descendants of which people in the Torah, but beyond Jews and Muslims, it can be tough to trace even one’s spiritual lineage back to the Torah.  There are some interesting ideas that the ten lost tribes of Israel spread out throughout the nations and that those who successfully convert are descended from these, but most Rabbis seem to think that converts are neshamas that were present at Mount Sinai, but for varying reasons, were born into non-Jewish bodies.  The generations before have little meaning beyond creating that vessel.

In many ways, I could picture Esav as the ancestor of the people of my birth.  My ancestors were pretty tough people, surviving conditions in Western Europe and then being bold enough to cross the Atlantic in the hunt for a better life.  There are certainly plenty of hunters and warriors in my family line and I can say that there was little concern with spiritual matters, at least in the generations I’m aware of.  The people I come from are very practical, stoic people who value hard work and independence.  Giving up some of that independence to be part of a religious community is seen more as weakness than admirable and admitting to feeling moved by anything that isn’t concretely visible in this world is far too sentimental for their taste.

They’re a good people in their way and people like those I was born to are the bedrock that helped build this nation.  From them, I learned how to go out into this world and work hard, hunting for what I need.  I doubt any of them would have guessed that I would one day turn those skills to hunting for something more, something intangible.

Like any conversion candidate, there are times I question what I’m doing.  There are moments when I ask myself why I am choosing to make my life harder and why I am working so hard to join a people…that very often doesn’t seem to want me.  It helps that I never quite felt at home among the people I was born to.  I always had too many questions about things that seemed unimportant to them.  I always had my head in the clouds and a yearning that no one else seemed to understand.  Still, I look at the world around me and I can’t help but admit that there are other places I’d probably be more easily accepted, other lives that I could slide into with relative ease compared to this one, where I am constantly called on to prove I should be here.

It’s at those times that I wonder if I’m myself wrestling with the angel of my forebear and I often wonder which of us will ultimately win.  Hashem knows we’re both stubborn.

When Yaakov won the battle with Esav’s angel, he was given a new name that his children would carry through time…Israel.  The Sages say this marked a great spiritual transition for him.  He had attained a higher spiritual level following the struggle, a level which would be necessary for the Jews to survive everything that would come later, from bondage in Egypt to years wandering the desert, to conquering their own land, to the exile.  The struggle with Esav’s angel revealed the inner strength of Yaakov.  He didn’t become a different person, but rather it revealed who he really was.  The Lubavitcher Rebbe said that in exile, Jews must be Yaakov and the nature of Yaakov is to have to hide parts of who we are for survival, but in the time of Moshiach, all Jews will be fully Israel, that is, Jews will be able to reveal fully who they are.

Converts gain a new name at the time of conversion, their Hebrew name.

It’s an interesting task to have to choose a name for yourself.  I remember that my children’s names, both English at their birth and Hebrew as we began this process, came very easily and naturally to me.  Some say that mothers are given divine inspiration when it comes to naming their children and last week’s parsha spoke of Leah and Rachel naming their children.  For me, it was as if once I said their names, those names had always been theirs.  They fit them.  I struggled, though, when it came to my own name.  Should I choose a name that fit who I see myself as or who I wish to become more like?  What should my name sound like?  Converts are urged to choose common Jewish names, names that won’t really stand out much in their community or set them apart.  Being a convert alone sets one apart enough.  Every name I tried, though, just didn’t seem to fit the way my children’s names fit them, but then again, I’d often felt like my English name that I’d had since birth never quite fit.

Over the years, I settled on one that I use and it fits in the way that a shirt that isn’t quite right, but you’ll still wear out fits.  I wonder, though, if I do succeed in wrestling the angel of my ancestors and gain Avraham and Sarah as my spiritual ancestors if that name will come to fit me better and feel more like it is simply who I always was, revealed?

3 thoughts on “Parshas Vayishlach – Wrestling with Angels and New Names”