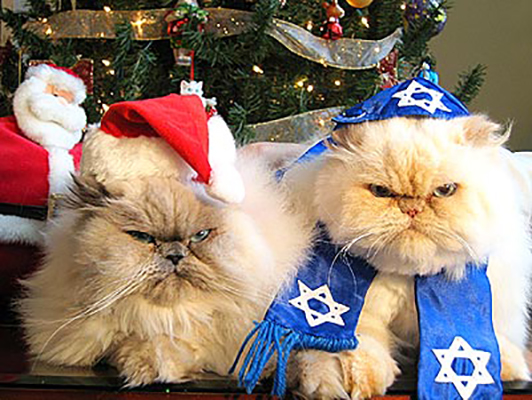 Last week, I traveled to the north slope of Alaska, about as far north as anyone can go, and I spent almost a week in an oil camp.  This was probably the most unlikely place for an Orthodox conversion candidate.  As part of my work there, I had to walk through every dorm room unless someone was asleep and every office and workspace, so I got to know the camp in a way that few probably do.

It was probably about the most Christian place I’ve ever been to.  The dining halls played Christmas music 24/7 since the camp operates 24/7.  They play it all December and it sometimes becomes a bit much even for them.  In particular, “Merry Christmas Ya’all from Texas” gets stuck in your head in the worst way.  There were Christmas decorations everywhere and I was wished a Merry Christmas by kind and well-meaning people everywhere I went.  I guess it was almost like being at the North Pole!  In their dorm rooms, there were symbols of Christianity, bibles, even magazines for bible study.  The announcement board had various Christian bible studies and even services advertised for Saturday night.  To say I felt a bit out of my element is an understatement.

As I ate my reheated kosher meal with Christmas music playing and everyone around me enjoying fresh non-kosher food, I began to rethink my attitudes toward Christmas and Christianity in general.  Why did I feel such revulsion?  Why was I so defensive, so grumpy?  Was it that I felt like I had to openly reject this in order to protect my Jewishness?  Sure, maybe it was presumptuous for people years ago to ask my kids what Santa was bringing them for Christmas, but I’m sure they meant well.  These were people living their faith just as I try to.  They were earnest in their beliefs and the warmth with which they gave their holiday greetings was sincere.  In such a cold place, I didn’t really stick out as being anything different.  My choice of skirts over pants might have been unusual, but just being female there was already unusual, so it was natural they would assume I was Christian like them.

Just because their beliefs never fit me doesn’t mean I need to have such high walls up against them.  In fact, the fact that I was raised Catholic and never found anything there for me should be enough to tell me that I have nothing to fear from Christmas carols.  If I’m truly happy in Judaism, then why not wish the same for them in their faith?

Inside, I felt some tension ease and I could look at all those old symbols with fresh eyes, realizing that they meant me no harm.  I could smile and wish someone a Merry Christmas, even while letting them know my family and I celebrate Chanukah.  I began to see their confusion for what it was, rather than judgement.  I also found myself looking forward to Chanukah more, where before I’d simply been thinking about all the work for the shul’s annual Chanukah party that was coming up and trying to figure out when I’d find time to make latkes.  It was as if my grinchy attitudes towards my neighbors celebrations had been bleeding over to my own.

It took flying up into the far arctic to melt my heart some to where I no longer felt under attack by Christmas carols and lights, but instead could focus on the joy of my own holiday season and genuinely wish my coworkers, friends, and my non-Jewish family happy holidays of their own.  I stepped off the plane home on Motzei Shabbos with a lighter heart, ready for Chanukah!